I remember when I used to make a wedding gown, I would ponder for days, even weeks, before I would actually cut a thread of an expensive satin or lace.  I would wake up in the middle of the night thinking about the pattern, the order of assembly, a particular technique that I would need to use. Hours of planning, mentally obsessing about the gown...and then one day I would just jump in and start cutting. 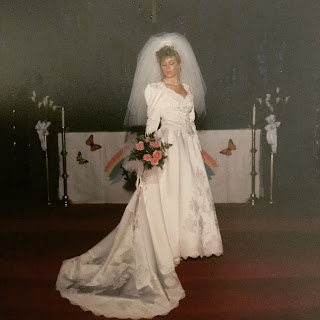 Making a couture jacket has been no different for me. It has been hard to get it out of my head these past two months, and yet I had not moved forward to take the first steps. Fear? Not really. It's just that the techniques for Claire Schaeffer's Chanel-styled jacket are polar opposite to the way that I have learned to sew. Daunting is perhaps a better word.

In every couture garment process the making of a muslin is absolutely essential.  And since I have made many a muslin for myself and FabricLady, it was a breeze to use the pattern in a traditional way. And so began "Celeste" - made of humble muslin fabric, all to check the pattern for fit, BEFORE I actually cut in her wool. 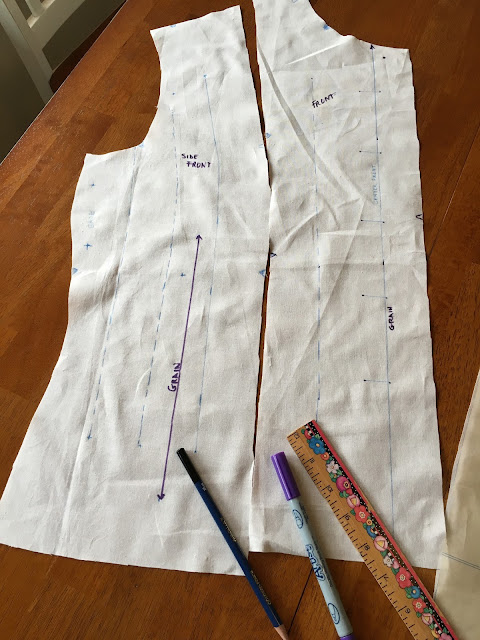 I cut the pattern pieces exactly as they were designed for my "size". Patterns have changed over the years...I used to be a perfect 12, but these days, I need a Vogue 16 to fit my busty size. I then sewed it together in the traditional manner: princess seams, side and shoulder seams, then sleeves. 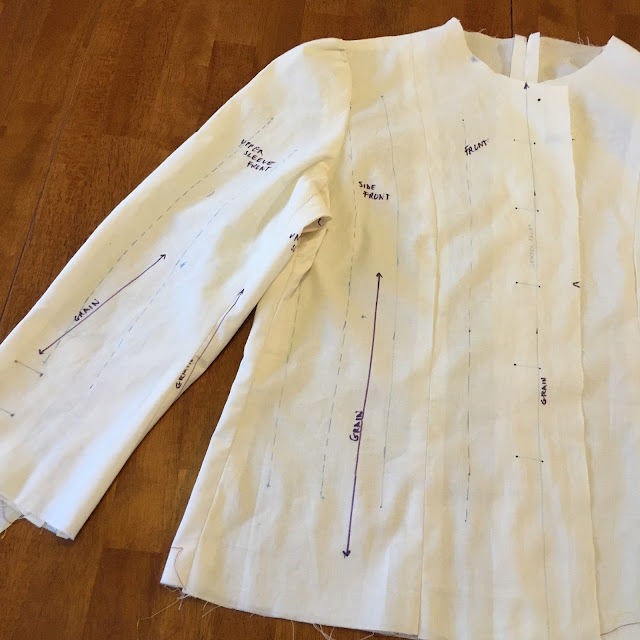 The jacket was still a little small around the bust.  I discovered that the side panel under the sleeve was designed to be smaller than I would have normally done - the seams on the three-piece sleeves should match the seams on the jacket under the arm, and they didn't. So to alter the jacket around the bust line, I just made the side panel wider to match the sleeve seams.  Voila! It fit!

I dismantled the whole muslin thinking I would use it for my final pattern pieces and there it sat for several weeks. I again lay awake nights trying to figure out how I was going to transfer all those markings to my fabrics.  Muslin is not transparent (duh!). After some research on various marking techniques, I decided on tracing paper - it's a little more sturdy than pattern tissue. So finally, after weeks of brain drain I was ready to begin Celeste.

The tracing paper pattern pieces have all the 5/8" seam allowances removed, as described in Ms. Schaeffer's technique. (Don't forget that you have to get her book if you want to sew your jacket using her couture techniques, as the Vogue Pattern instructions describe the traditional assembly process.)

And something else I'm not used to doing when I start a garment - cutting ONE section at a time, rather than cutting out ALL the pieces, all the linings and interfacing in one sitting.  I started with the jackets fronts...just because Ms. S. does so in her book. 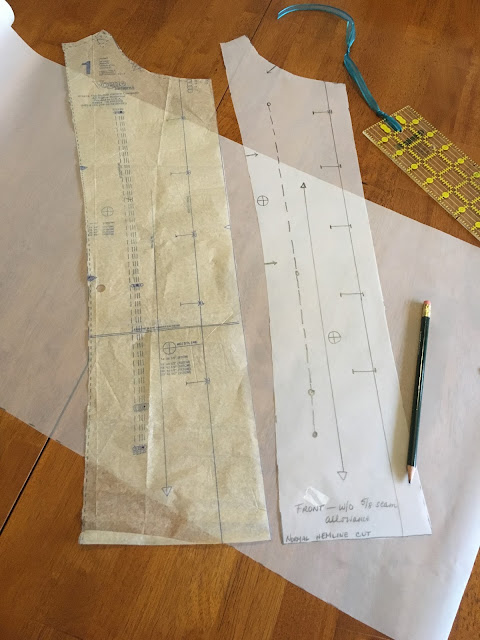 I cut my large rectangles of wool and silk organza and then settled into a make shift table top in my comfy easy chair by the window, where I had envisioned myself doing all that intricate hand sewing. I used a couple of different colors of thread to do my markings. (I eventually scrapped the recommended white thread as I could barely see it.) 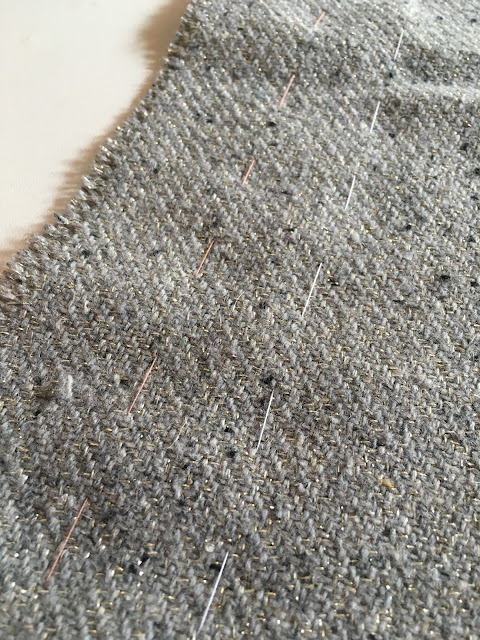 After thread marking of the entire parameter of the jacket front, I marked and hand stitched the organza interfacing to the wool and basted the quilting lines. I then machine sewed the quilting line, using a 4mm running stitch. (Remember that I had checked out the quilting lines in the real Chanel RTW jackets in the Nieman's Chanel salon and found they were done with a machine, rather than hand stitched) So I guess Celeste won't be considered "Haute Couture", as her fabric has been touched with a machine presser foot and needle.  Oh well. 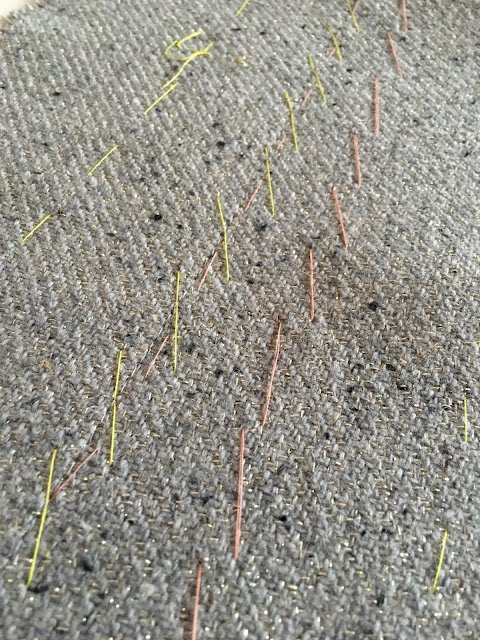 The final quilting line is hard to see, but that's the point.  It's just meant to help the jacket hold it's shape better and keep the fabric from pulling away from the lining - not be a design element. 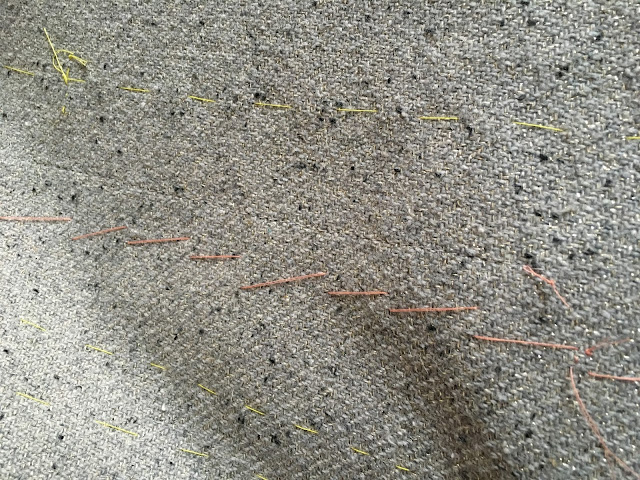 I spent a little over four hours on Celeste yesterday, largely because I thread traced on side of the jacket in the same direction as the other side - whoopsie - the two fronts should be a mirror image! At any rate, it was great to actually get in there and start sewing.  I'll be finishing the two fronts, marking the button holes, adding some stay tape, and maybe even starting the hand sewn buttonholes.


Laurel. Just do it.

At some point in a sewist's life of creativity, a deep yearning for a couture garment arises.  Whether she acts upon that urge to create a sewn masterpiece or talks herself down from the whole scary proposition is directly proportional to the no-fear, self-confidence and inner crazy inside her.

I have sewn many a wedding gown and tailored a few coats in my lifetime, but I can't say that I've truly made a garment worthy of being called couture.  I joined the American Sewing Guild several months ago, largely because they had a small neighborhood group designated as the "Couture Group".  I imagined that at the very least it would be a group a women who probably sewed as well as myself and at best, I would be able to pick the brains of some incredible sewists better than myself.  Either way, I would be inspired to create!

So began this journey into couture sewing and the world of Chanel. To a sewist, the classic Chanel jacket is a masterpiece of design and hand sewn Nirvana.  For Mr. Lagerfeld and his haute couture team, a Chanel jacket is the culmination of over 130 hours of painstaking care in every seam and stitch. Their techniques are closely guarded and unless you fork over the $4 - 5K to buy one yourself and rip it apart, you will only get bits and pieces of his genius.  To make such a garment is the height of accomplishment for any sewist.  And I am no different - I have to say "I did it", before old lady impatience and bad eyesight get the best of me.

Ms. Claire Schaeffer is a Chanel addict/collector, and fortunately for us run of the mill hoi-polloi, she is a Vogue pattern designer: hence, a Chanel - styled jacket for the masses.  So I will start with her and take you on a journey with "us" in my blog, making my first ever couture garment. 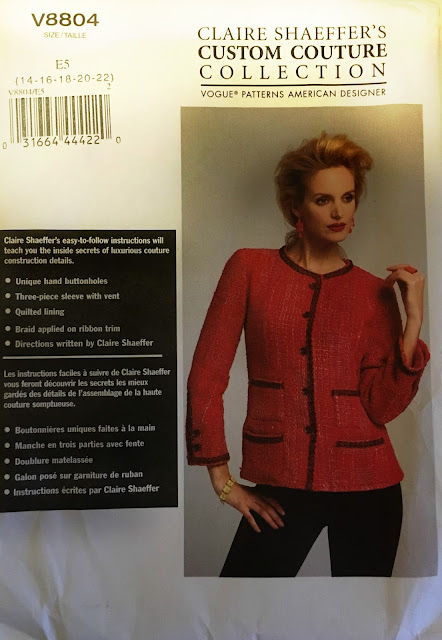 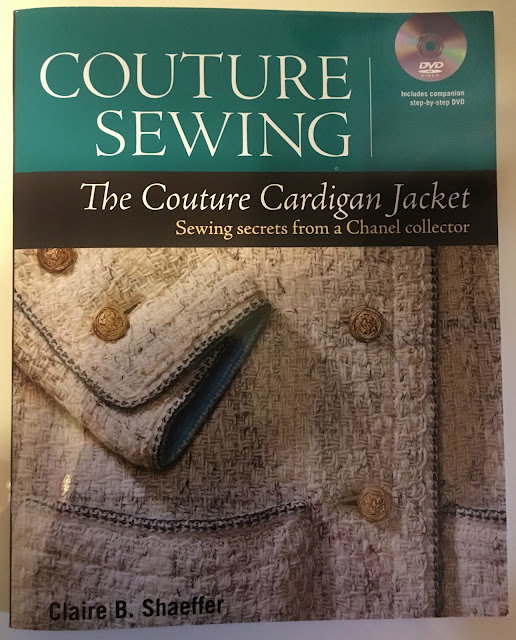 Watching and re-watching the DVD...taking notes 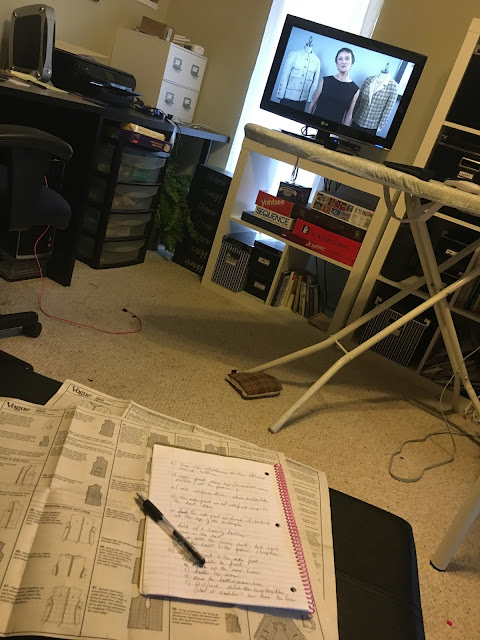 I had several pieces of wool fabric to choose from: 1) a beautiful wool that I picked up from Britex the year that retired from SureWest and I vowed at that time to make something special.  It's been in my stash ever since; and 2) a lovely soft grey tweedy wool with some metallic threads that I picked up from Stomemountain that I was going to make into a swing coat.  At first I thought I would go with the Britex wool, but in the end, my shiny crow-like personality decided that a jacket with gold threads would absolutely compliment my skinny jeans (yep, that's what I plan to wear my couture jacket with!) 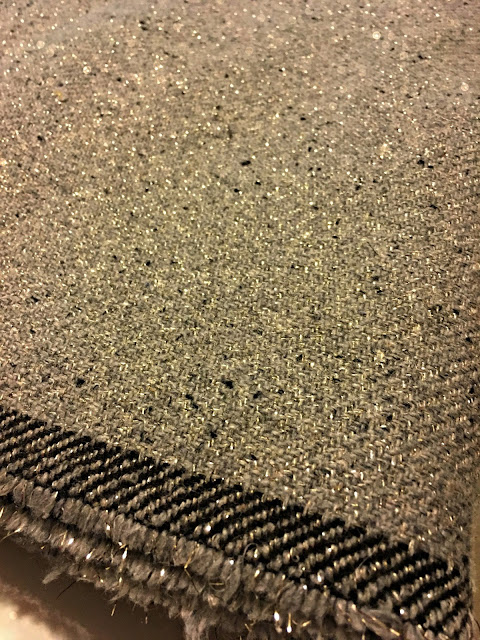 There is no other fabric lining choice for a couture garment than silk. I'm using a beautiful Silk Charmeuse...a lightweight fabric woven with a satin weave, in which the warp threads cross over three or more of the backing weft threads - technical talk that just says the front of the fabric has a smooth finish—lustrous and reflective—whereas the back has a dull finish. Stonemoutain And Daughter Fabrics in Berkeley CA (you already know it's my favorite store!) has such a huge selection it was hard to choose, but I landed on this one - who doesn't look beautiful in peach, even if it is on the inside? 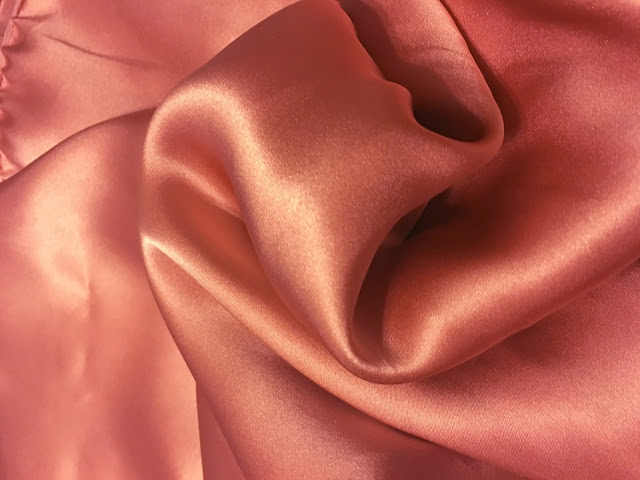 The interfacing on a Chanel jacket is also critical.  Even though I own yards of fusible pellon and woven interfacing, using any version of self-sticking interfacing would be like making "a purse from a sow's ear" - suffice it to say, a ghastly faux pas in the world of couture! And thus, I spare no expense, and go right for the silk organza. Either of these amazing fabrics is not found at any Joanne's or Hancock's that I've ever been to...so get your big girl panties on and make the trip to Berkeley.

The only thing perhaps more important than choosing quality fabrics is choosing the right trim and buttons. Chanel jackets have all manner of trim designs and materials. The jacket styles of today are now as varied as any haute couture designer's runway showing, but Coco's classic designs have withstood the test of time - they are as fashionable today as they were decades ago. The only way to truly capture the essence of their genius is to actually go look at them, up close and personal. 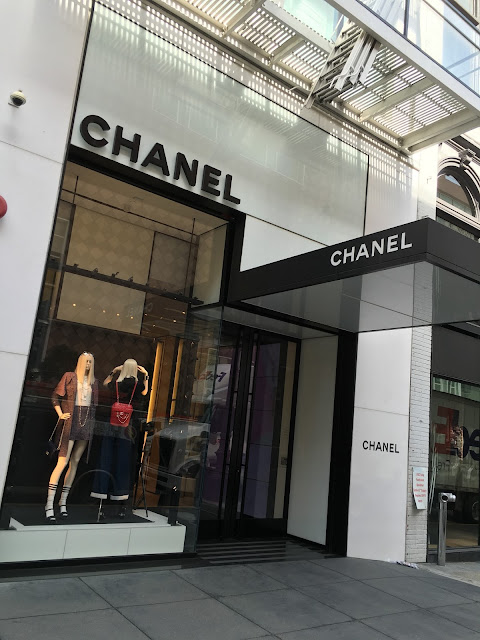 I would have posted pictures here, but alas, that too is a no-no. I strolled through Neiman Marcus' Chanel boutique, lifted a few hemlines, fondled a few sleeves and asked for a photo of the salon.  And since I don't know Mr Lagerfeld personally to ask his permission, NO Iphone pics for me!  I totally respect that.  The sweet salesman did ask if I wanted to try one on...I chickened out. I have an aversion to trying on garments that I have no intention of buying - like I have an extra $4 grand in my checking account!

Across the street from Neimans and a few steps away from a Chanel store is Britex, a five or six floor mecca of expensive fabrics, trims and all things sewing.  I used to shop in it regularly...until I found Stonemountain.  But they do boast a huge selection of trims, so it's worth the drive over the Bay Bridge and into the massive traffic snarl of Downtown San Fransisco.

I spent over two hours, pulling trims, ribbons and buttons. And after all that contemplation and discussion (everyone on the floor had an opinion!) I opted to pair a trim with what would be a self-made trim using the selvage edge of my wool fabric. A little chain for the hem, some trim and buttons and my purchases for this jacket are complete...maybe... 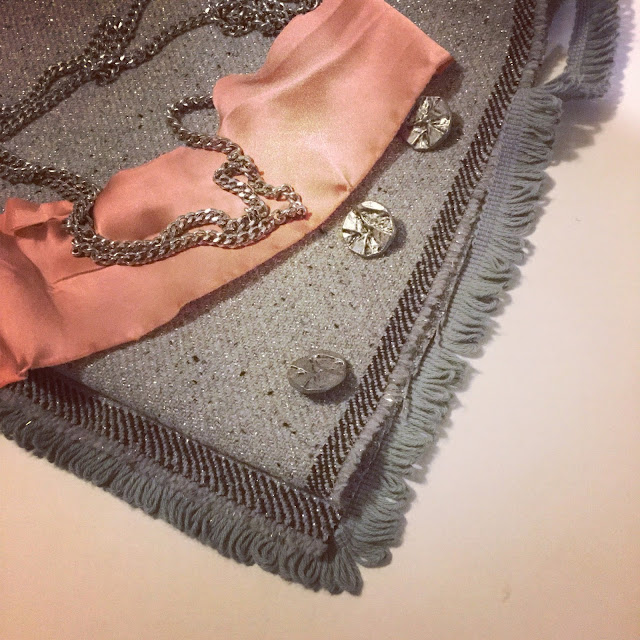 I'll probably watch that DVD again...you have to get the entire sewing "process" clear in your brain before you start cutting, mainly because Ms Schaeffer's pattern instructions detail the "traditional" assembly process that I know backwards and forward, but her couture technique is something I have never done before. It's not intuitive for an old school seamstress, but a process that I'm already starting to obsess over in the wee hours of a fitful sleep. And I haven't even cut an inch of fabric yet.

Just for the heck of it, I will track my hours and $$ spent making my jacket.  I can't help but wonder if my time investment will rival that of the couture houses that do this all the time.  Of course, I don't have any little sweat-shop helpers armed with needles and thimbles...just me.


I shall name her Celeste. Heavenly.


Laurel. Channelling Chanel.
Posted by Laurel's Quill at 7:50 AM 5 comments: 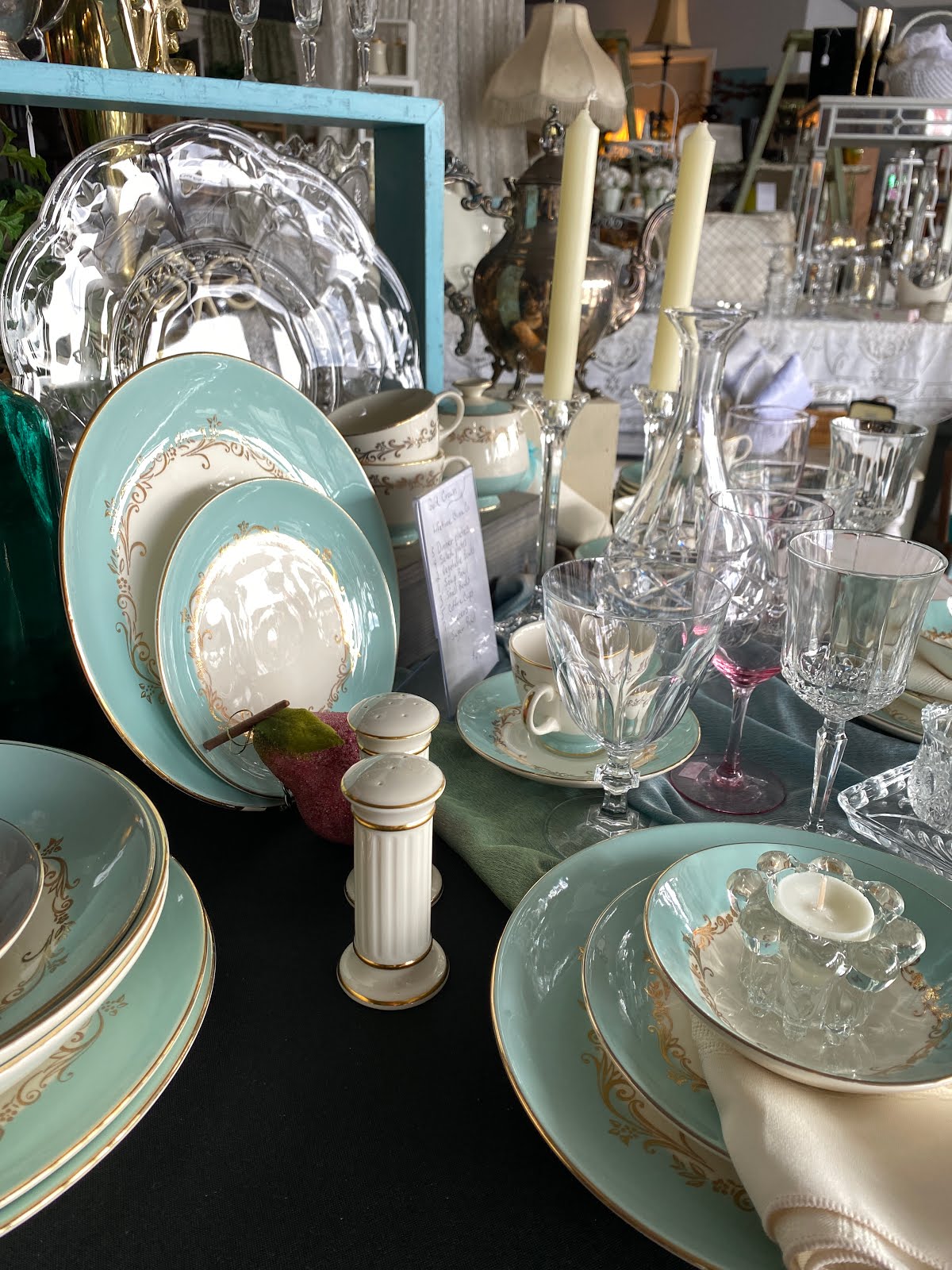 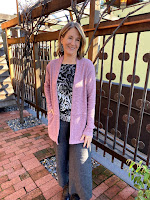 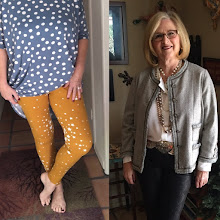